One Winner Will Take Home A Cash Prize

To celebrate the return of the World Cup, the most-watched sporting event on the planet, Golden Krust Caribbean Restaurant is hosting its inaugural Golden Krown E-games Virtual Soccer Tournament, with the winner receiving a $2,500 cash prize + sponsorship deal – think how many Jamaican-style patties you can get with that! Golden Krust will assist you with saving $3 off of orders over $15 on Uber Eats, DoorDash and Grubhub all December long.

Hosted by Jamaican celebrities Dale Elliott (Actor) and Andre Blake (Captain of the Jamaican National Team & and three-time MLS Goalkeeper of the Year for the Philadelphia Union), and joined by Twitch Partner & FIFA Esports Commentator Leah Revelle; the added commentary and personalities bring this tournament to life. Sixteen players will vie for the inaugural Golden Krust Golden Krown. 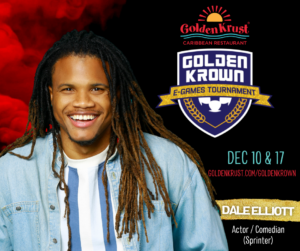 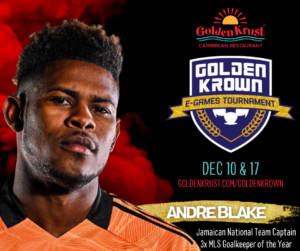 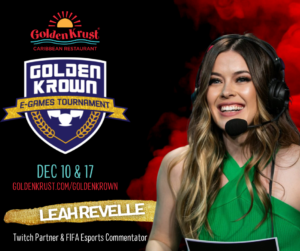 The opening round will take place on December 10th at 5 PM (EST), with the quarterfinal, semifinal, and final matchups taking place on December 17th at 2 PM (EST). To watch the tournament, visit the Golden Krust Youtube channel. In addition to being presented with fast-paced entertaining soccer gaming and insightful and comedic commentary, you won’t want to miss special Golden Krust delivery deals throughout the tournament. 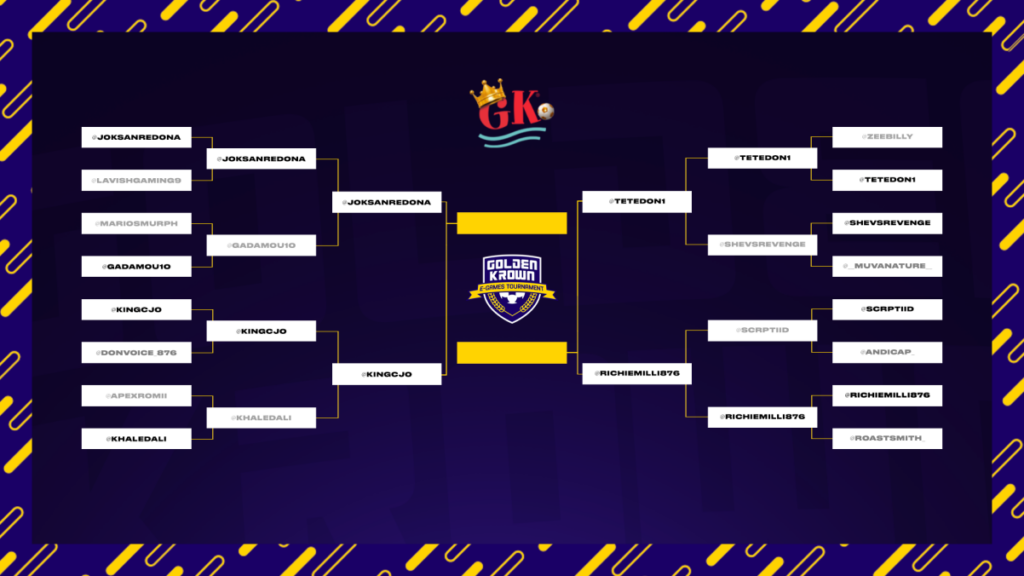 Don’t miss this opportunity to experience what is sure to be an entertaining celebration of the World Cup, Jamaican culture, gaming enthusiasm, and the ongoing Golden Krust mission of bringing the flavors of the Caribbean to the world.