We’d like to introduce the Golden Krust executive management team. A group of devoted leaders who are passionate about what they do.

Lorraine Hawthorne-Morrison is the Chief Administrative Officer of Golden Krust where she prepares, analyzes, and directs administrative, operational and planning processes. She previously served as Vice President of Real Estate Development and Legal. She has been with Golden Krust since its inception. In 1994, Lorraine was charged with the responsibility of developing and launching the Franchise franchise division of Golden Krust. After much due diligence, and tenacity, Golden Krust Franchising was born. Through the franchise unit structure, she provides facility expansion and capacity management. Her experience and expertise in matrix reporting, allow her to provide leadership oversight for the development of high quality, cost-effective integrated programs. Lorraine is also Vice Chairman and Treasurer of the Mavis and Ephraim Hawthorne Golden Krust Foundation. She obtained her Master of Science degree in Organizational Leadership where she graduated Summa cum Laude.

In 2019, Phyllis was appointed Chief Financial Officer of Golden Krust. Phyllis joined Golden Krust from L’Oreal USA, where she held progressive leadership positions within finance for more than 17.5 years, most recently AVP, Finance. Phyllis supported such well-known global brands including Kiehl’s Stores, Ralph Lauren Fragrances, International Designer Collections group of luxury cosmetic and fragrance brands, including Giorgio Armani and Yves Saint Laurent, as well as Maybelline Cosmetics and L’Oreal Paris. Before L’Oreal, Phyllis worked in financial management and controller roles at The Coca-Cola Company and Ernst & Young. Phyllis is a CPA and graduated from Bernard Baruch College at the City University of New York.

Daren spent many summers working at Golden Krust as a baker, cashier, and server. He joined the company’s Concept Development Strategist team, also known as the “think tank,” while completing both his undergraduate and law school studies. Daren pursued his undergraduate studies at American University in Washington, D.C., and his law degree at Southern University Law Center in Baton Rouge, Louisiana, where he graduated first in his class. After law school, Daren migrated back to New York and physically joined Golden Krust as the Real Estate Development Coordinator, then later promoted to Corporate Counsel, and subsequently to Executive Vice President of Franchising and Corporate Counsel. Presently, Daren serves as the company’s President of Restaurants. In this capacity, Daren is tasked with overseeing the departments that support the entire franchise system. Daren also serves as a board member to Golden Krust Franchising, Inc., Irie Jam Radio, Inc., and One Caribbean, Inc. He is also a member of the American Bar Association, Forum on Franchising, and is a Certified Franchise Executive.

Haywood Hawthorne is the president of the Retail division of Golden Krust. This division encompasses Manufacturing, Retail, Foodservice, and Distribution. Haywood has spent over 20 years with Golden Krust; having emigrated to the United States in 1998 shortly after graduating Meadowbrook High School in Kingston Jamaica. Haywood also served the organization as Retail Baker, Information Technology Director, Purchasing Manager, Accounting Clerk, Payroll Administrator and in his most recent role as Vice President of Manufacturing and IT. He also serves as a Director on the company’s Board of Directors, where he has been a member since 2011. Haywood earned his bachelor’s degree from Lehman College of the City University of New York where he majored in Accounting and Finance. Haywood is currently pursuing an MBA specializing in finance from Southern New Hampshire University.

Golden Krust exists to provide the taste of the Caribbean to the world. 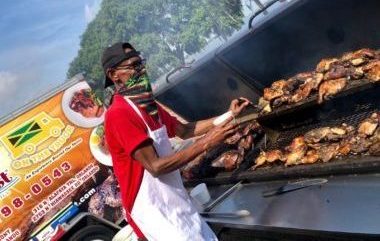 Giving back to our communities through fundraising and philanthropic work is at our core. 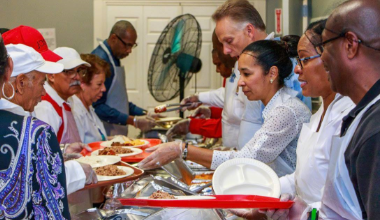 Our customers are at the core to our success. Integrity, value and fun are hallmarks to our approach to business. 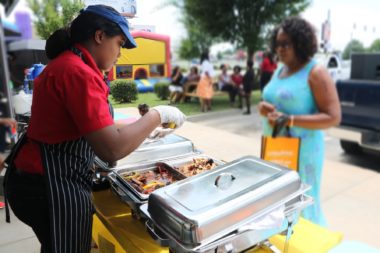